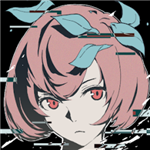 Cytus II is a music rhythm video game developed by Rayark Inc.. This game is the sequel to Rayark's first rhythm game, Cytus. The game was first announced at Rayark Con 2015, but a full trailer was released two years later, at Rayark Con 2017.

The game currently features 168 songs, each with three difficulties. Cytus II was released on iOS on January 18, 2018 while the Android version of the game was released on March 7, 2018.

"Cytus II" is a music rhythm game created by Rayark Games. It's our fourth rhythm game title, following the footsteps of three global successes, "Cytus", "DEEMO" and "VOEZ". This sequel to "Cytus" brings back the original staff and is a product of hardwork and devotion. -Official Website