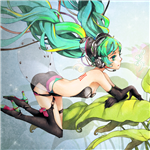 A fairy (also fata, fay, fey, fae, fair folk; from faery, faerie, "realm of the fays") is a type of mythical being or legendary creature in European folklore (and particularly Celtic, Slavic, German, English, and French folklore), a form of spirit, often described as metaphysical, supernatural, or preternatural.
(...)
Fairies are generally described as human in appearance and having magical powers.
Diminutive fairies of various kinds have been reported through centuries, ranging from quite tiny to the size of a human child.
These small sizes could be magically assumed, rather than constant.
Some smaller fairies could expand their figures to imitate humans.
On Orkney, fairies were described as short in stature, dressed in dark grey, sometimes seen in armour.
In some folklore, fairies have green eyes.
Some depictions of fairies show them with footwear, others as barefoot.
Wings, while common in Victorian and later artworks, are rare in folklore; fairies flew by means of magic, sometimes perched on ragwort stems or the backs of birds.
Modern illustrations often include dragonfly or butterfly wings.
(from Wikipedia)