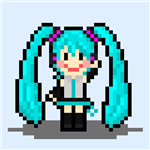 Music or PVs relating to Earthbound.

EarthBound, also known as Mother 2 in Japan, is a 1994 Japanese role-playing video game co-developed by Ape Inc. and HAL Laboratory and published by Nintendo for the Super Nintendo Entertainment System video game console. As Ness and his party of four, the player travels the world to collect the 8 melodies in order to defeat the evil alien force Giygas. It is the second game of the Mother series and the first and only to be released outside of Japan for two decades. EarthBound was released in Japan in August 1994, and in North America the next June.

The following NicoNico tags are mapped to this tag: MOTHER曲VOCALOIDカバー