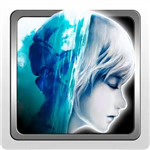 More than 130 songs are available for play in the game, spanning a variety of genres including pop music, trance music and drum and bass. The music is composed and performed by independent composers and artists from Taiwan, Hong Kong, Japan and South Korea. Vocaloid engines are also used.