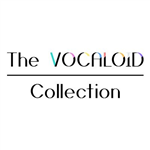 The Vocaloid Collection is an online festival part of the Niconico Net Chokaigi event that celebrates VOCALOID culture and creators, in VocaColle everyone involved in VOCALOID can participate, it's goal is to discover one another’s works and bring the community together.

During VocaColle you can post your video creations aiming to be featured in the various rankings held.