Use the search, Luka! 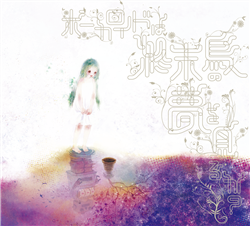 [Initially written 9/24/19.]
"Do Vocaloids Dream of Doomsday Birds?" is a pretty nice album. Just what I'd expect from Sasakure.uk; relying a lot on chiptune, but still having a lot of variety in how it sounds.
There's not much here I don't like, and even though one aspect is a bit of a glaring issue, it doesn't really detract from the rest of the product. That issue in question, is the somewhat large use of fade-out endings. I personally feel as though in most instances, fading out a song is the worst way to end a song; there's just no real impact in it, compared to having a proper end.
Overall, the album structure goes like this: A lot of chiptune for the intro + the four songs that come after it; then for about three songs, there's emphasis on ballads, then there's a lot of experimentation, and the last three songs have an almost jarringly depressing sound to it. I won't go in-depth about every single song, but I do want to bring up a few.

Rainbow-Colored＊Adventure - My initial reaction was the realization that the first couple seconds of this song was used as a jingle at the end of Project DIVA F's PV for Negaposi＊Continues. So naturally I expected great things, and that's what I got. It's a very light and upbeat song, and the chiptune style works really well here!
For Campenella - If I had to say where the low point of the album is, it would be this song. Not bad by any means, but it feels a bit bland compared to everything else, and there's just not much going on.
Fragile Phoenix - Contender for the best song on the album. It goes for a more "natural" style, as opposed to the chiptune that's usually present. There's a lot of different changes throughout the song, while sticking to a particular theme. It almost sounds a bit grand.
＊Hello, Planet. - As you might be able to guess, I heard this song long before the rest of this album, thanks to Project mirai DX, and I'd say it still holds up! This song has a really nice aesthetic, and despite its rather depressing lyrics, it's such a joy to listen to. The final chorus is truly something to behold.
＊Sayonara, World's End. - This honestly would probably be the best song of the album, if not for the fade-out ending. It at first seems like a more mellow version of *Hello, Planet., but after the first chorus, it shifts to a darker and more "organic" tone. As to be expected, the lyrics are quite depressing. Much like the song before it, ＊Sayonara, World's End. ends with a grandiose final chorus. And after that is an outro track, which, if the title "Sayonara, World's End" is anything to go by, conveys that everything is dead.

I'm glad to know that my assumption of Sasakure.uk being a great producer turned out to be true. While he does stick to a chiptune genre most of the time, it's clearly utilized very well, and isn't used as an easy way out. There's a lot to love with this album, and while not perfect, the couple of flaws it does have are rather easy to ignore.